We would like to offer our sincere support to anyone coping with grief. Enter your email below for our complimentary daily grief messages. Messages run for up to one year and you can stop at any time. Your email will not be used for any other purpose.

Share a memory
Obituary & Services
Tribute Wall
Read more about the life story of James Ernest and share your memory.

James Ernest “Jersey Jim” Hausamann, 79, of Chincoteague Island, VA passed away on January 9, 2023 peacefully at his residence surrounded by his family and friends.

He was born to the late Augusta and Edith (Van Blarcom) Hausamann on December 19th 1943 on the family dairy farm and it was on that farm that he spent his childhood.  He then moved to Western New Jersey in 1962 and when he graduated high school, he immediately enlisted in the United States Army and proudly served his country until 1968.  He then earned a Bachelor’s Degree from Farleigh Dickinson University and then set his sights on trying many career opportunities.  He was a union pipe fitter for 50 years, a part time school teacher, a peach orchard owner and then spent his down time coaching little league, served the White Township in New Jersey as a member of council and mayor for 15 years and if that wasn’t enough, he got his pilot’s license and flew planes to many destinations.  He finally retired for the last time in 2002 and decided to settle down on Chincoteague Island where he had been a frequent visitor for over 41 years.   But retirement of sorts wasn’t in the plans because he decided to test his “sea legs” by owning and operating a clam and oyster business call Mainstream Oysters while living on the island.  One of Jim’s greatest passions was racing WS 911 Porche Turbos on many tracks through the country and in Europe.  To say he lived life the fullest is most certainly an understatement.

Besides his parents, he was preceded in death by his brother, Arthur Hausamann and his first wife, Nancy Shafer.

To send flowers to the family or plant a tree in memory of James Ernest "Jersey Jim" Hausamann, please visit our floral store. 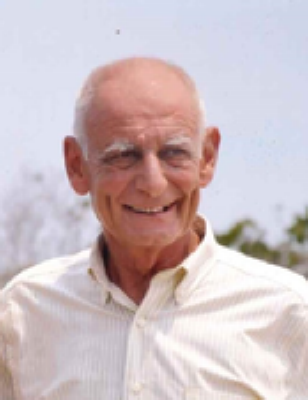 Look inside to read what others
have shared
Family and friends are coming together online to create a special keepsake. Every memory left on the online obituary will be automatically included in the book.

Look inside to read what others have shared

Family and friends are coming together online to create a special keepsake. Every memory left on the online obituary will be automatically included in the book.

You can still show your support by sending flowers directly to the family, or by planting a memorial tree in the memory of James Ernest "Jersey Jim" Hausamann
SHARE OBITUARY
© 2023 Salyer Funeral Home. All Rights Reserved. Funeral Home website by CFS & TA | Terms of Use | Privacy Policy | Accessibility