We would like to offer our sincere support to anyone coping with grief. Enter your email below for our complimentary daily grief messages. Messages run for up to one year and you can stop at any time. Your email will not be used for any other purpose.

Share a memory
Obituary & Services
Tribute Wall
Read more about the life story of Mary and share your memory.

Mary Catherine Hubbard (Mullany) passed away at her home in Chincoteague on December 29, 2022. She was born in New York City on  January 18, 1929 to Irish immigrant parents and was the eldest of six children.  Although Mary was her given name, most knew her by “Maureen.”  Maureen truly was the matriarch of the family and was the most self-sacrificing person one could possibly meet.  Always generous, cheerful and helping, she took care of others first and helped in any way she could and her family, friends, and patients knew that well.  Maureen experienced the Great Depression first-hand and was a teen during World War II and kept very busy.  She learned Irish Dancing Irish in her youth and was very proud of her Irish heritage.  As the oldest child she helped with care for her younger siblings growing up.  Mary was an Honors student at Bishop McDonald High in NYC.  Employment in her youth included being an operator for Bell Telephone and as a Marine Operator too.  A devout Catholic, she could always be seen at Mass and was involved with her church wherever she lived. She was married to Paul Hubbard and lived in Brooklyn for a few years before moving to Northport and then Shoreham on Long Island NY to raise five children.  At age 34 she learned to drive a car and later became a School Bus Driver!   Only two of her other siblings ever learned to drive an automobile.  Often a babysitter for other children and a schoolyard attendant, she was always a busy Mom.  She loved being with her kids and later her grandkids and often enjoyed travel with them.  In between work and school, she was always shuttling five kids for sports, dancing, and other activities.  At one time she was even a Cub Scout Den Mom.  Gardening and Irish dance were other passions of hers, along with coffee and tea, and often played tennis with family and friends too.  A very social person, Maureen hosted dinners for holidays and many other events for family, relatives, and friends and always wanted to be in the know about family and friends.  She cared for and loved many pets over the years, but especially the many dogs that were part of the Clan. Maureen was a very skilled Irish Dancer and helped to establish a school of Irish Dance on Eastern Long Island that later produced several World Champion dancers and teams. She loved going to “the casino” and really treasured playing the slot machines and frequently won.

Her primary professional career began as her kids were growing up and she started taking night classes to pursue a nursing degree.  Over the years Mary/Maureen earned her LPN and then RN degrees and graduated with Honors from both Suffolk CC, and SUNY Stony Brook.  Amazing feats while also tending to a home, caring for five children, working as a bus driver or in other jobs, such as child sitting and waitressing.  After achieving her nursing degrees, she worked in many care facilities and hospital settings.  For a few years she lived in the Catskill Mountains (the Irish Alps) of upstate NY, while working as a nurse, and on family weekends often partook in group dancing at the Irish resorts.  Throughout her life she enjoyed Irish traditional events including dances, shows, and concerts and visited Ireland too. Maureen also found time to assist her siblings when in need of caretaking.  She moved to Chincoteague in 2001 after retiring from skilled nursing and enjoyed the quiet island life and travels to see her children and grandchildren and an occasional casino visit.

She is in Heaven now and God is quite pleased! A mass and memorial will be held at St. Andrews RC Church on Friday June 2, 2023 and her cremains will be interred at the columbaria.

To send flowers to the family or plant a tree in memory of Mary Catherine (Mullany) Hubbard, please visit our floral store. 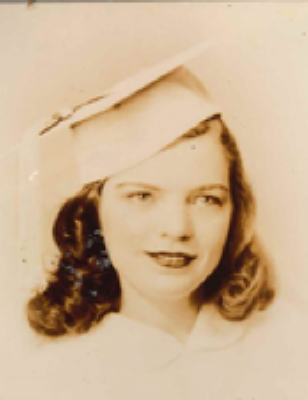 Look inside to read what others
have shared
Family and friends are coming together online to create a special keepsake. Every memory left on the online obituary will be automatically included in the book.

Look inside to read what others have shared

Family and friends are coming together online to create a special keepsake. Every memory left on the online obituary will be automatically included in the book.

You can still show your support by sending flowers directly to the family, or by planting a memorial tree in the memory of Mary Catherine (Mullany) Hubbard
SHARE OBITUARY
© 2023 Salyer Funeral Home. All Rights Reserved. Funeral Home website by CFS & TA | Terms of Use | Privacy Policy | Accessibility